Table Rousseau is a reduced-scale version of the Rousseau Game, created as a series of 75 screenprints and a playing table with 8 ink pads. It is played by using your fingers to move around the playground. By dipping fingers in ink before playing, the conflict and gameplay result in marks on paper. The artwork is created by mixing both the graphic image of the game and the players' marks, resulting in a collaborative piece where authorship is shared.
The issue of ownership addressed by Rousseau and discussed in The Rousseau Game is further explored, this time considering art, artist, audience and possession over creation.
Curator: Gia Țidorescu
Production: C&S Gallery
Foto: Mihaela Vezentan
Technical details: 1 x 1,2 m game installation, 75 screen- prints 70 x 100 cm
The Rousseau Game is an exhibition playground based on a quote from Discourse on the Origin and Foundations of Inequality Among Mankind. It proposes the analysis and documentation of the work process and the play process by creating a limited framework of time, space and materiality for the artistic research of the game. The design of the game as a stage of construction and testing in series of variants of the Rousseau Game is the object of the exhibition. 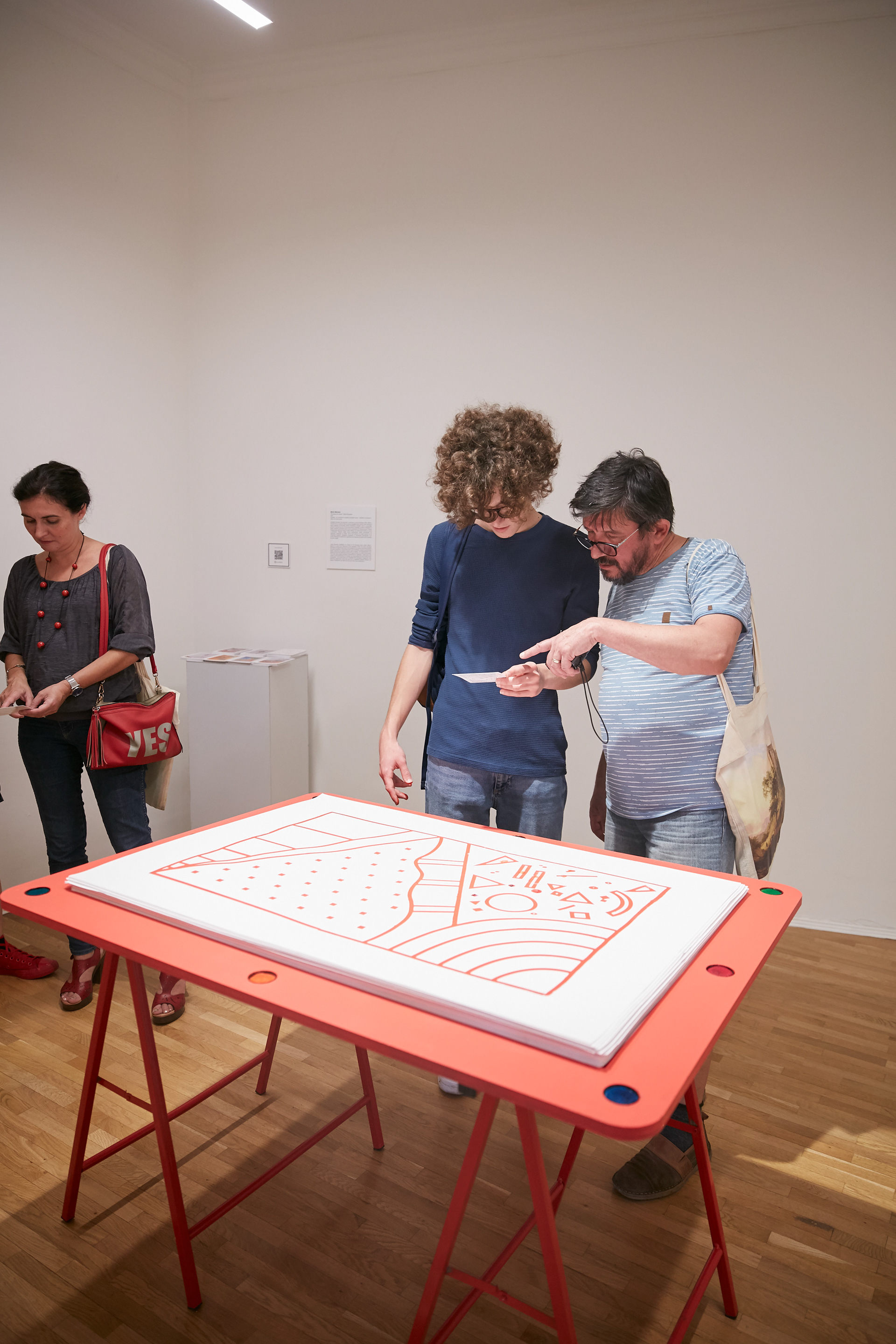 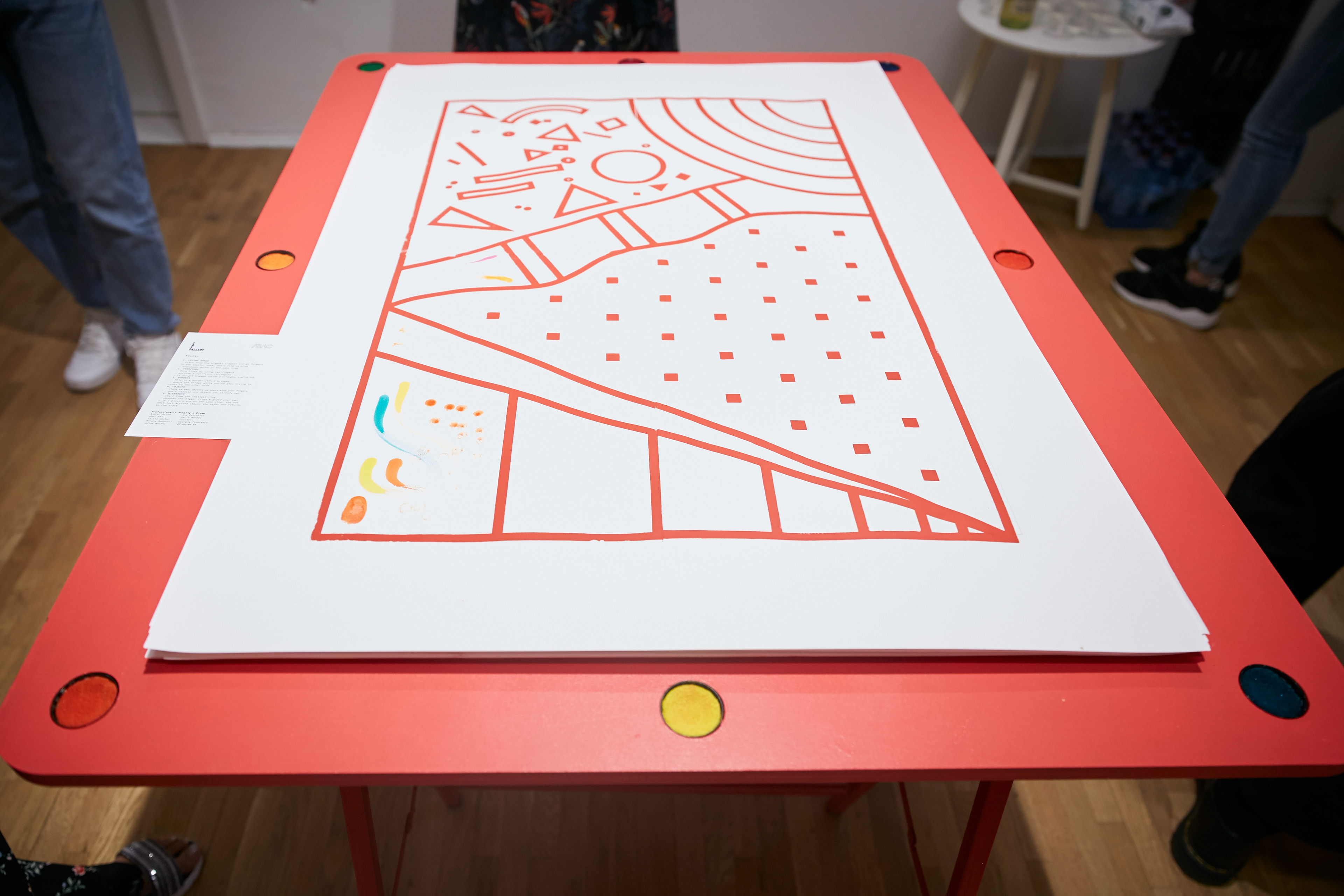 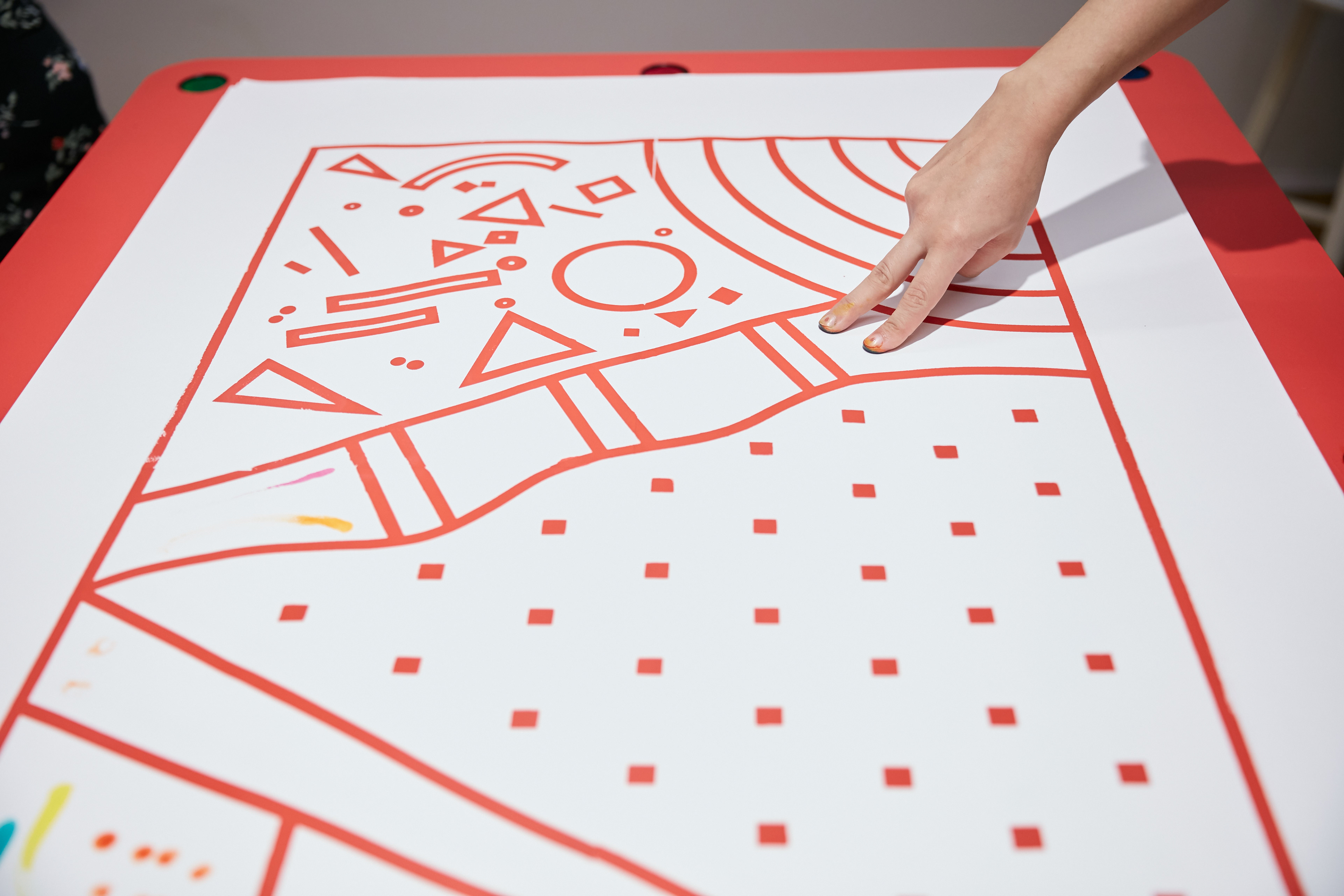 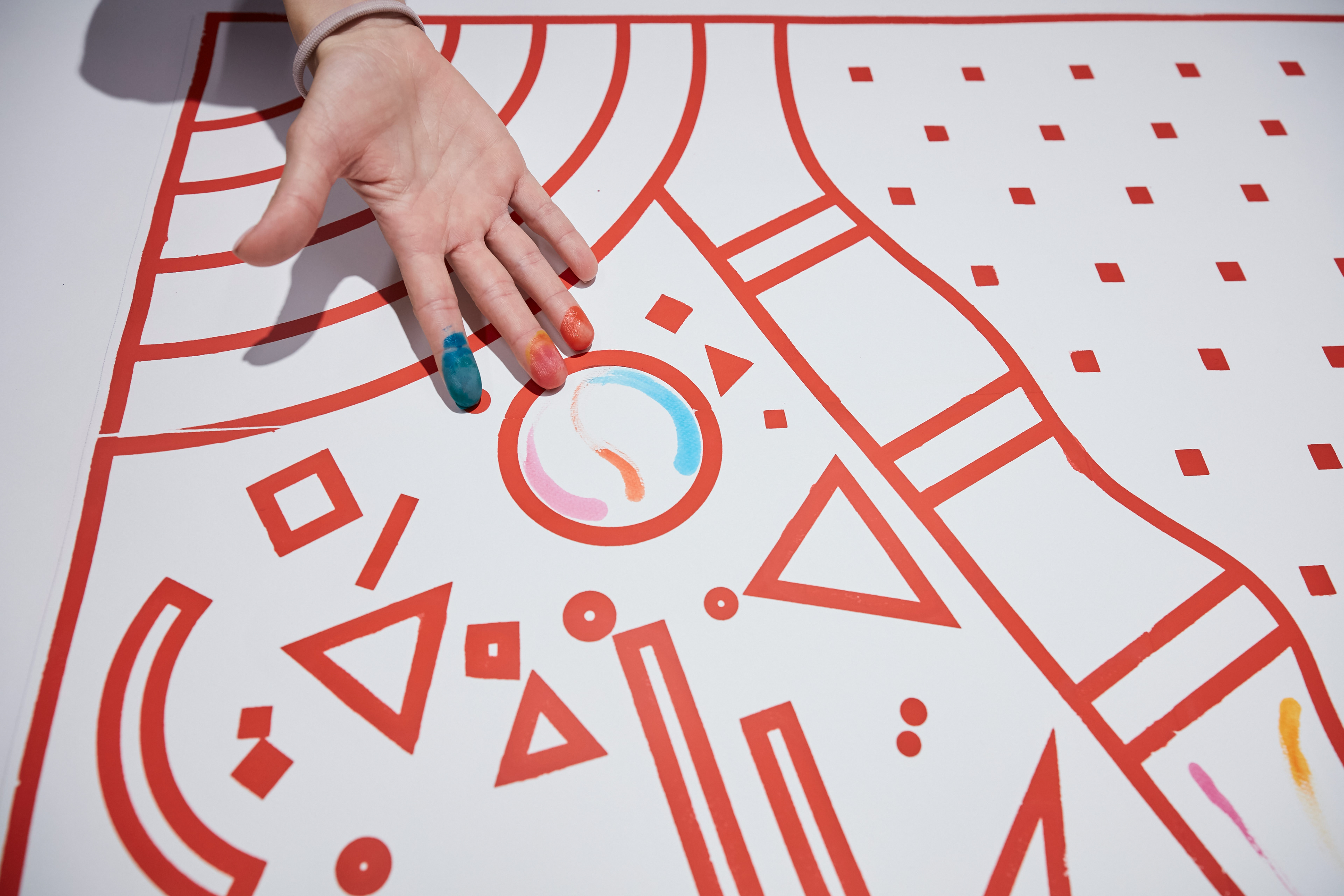 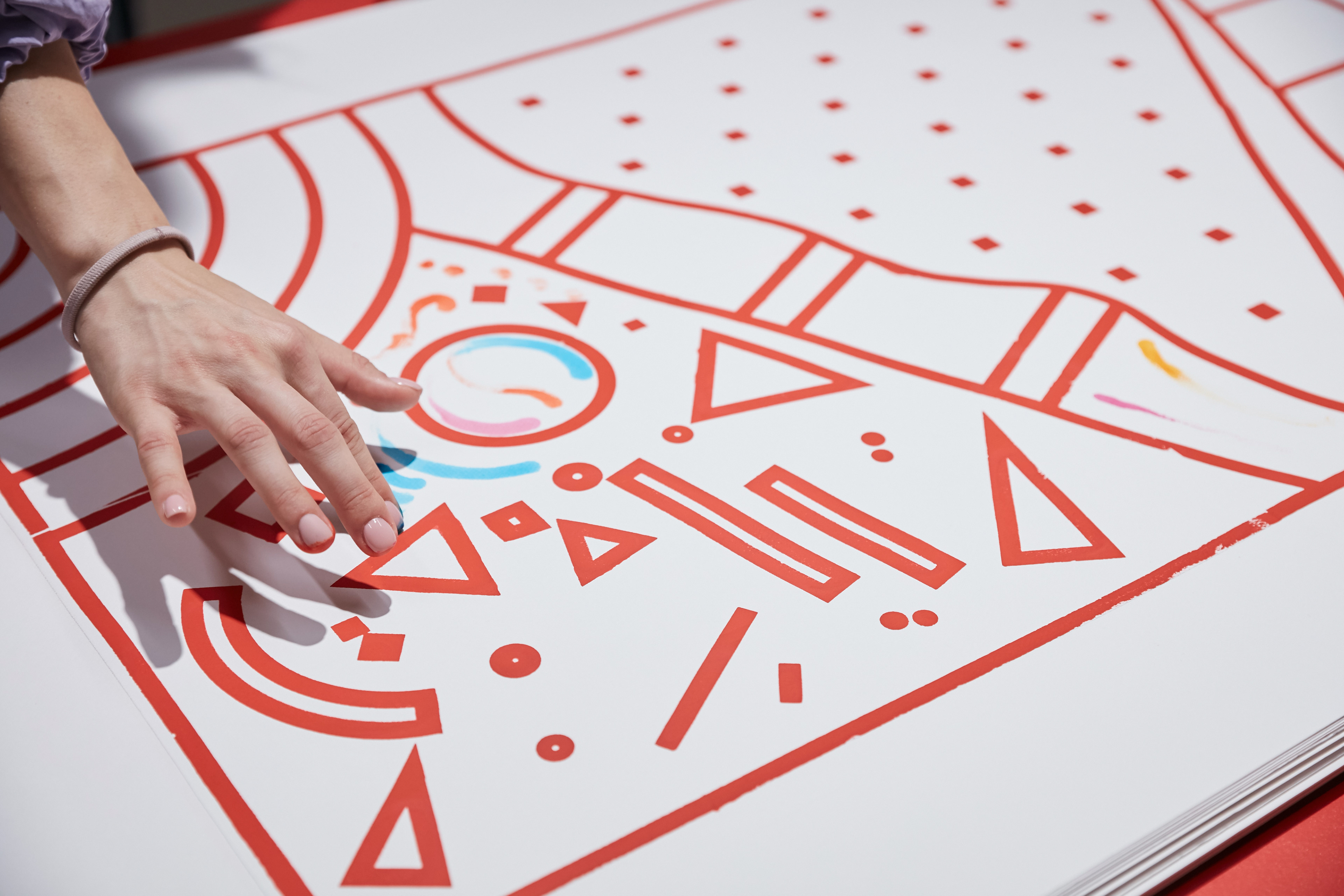 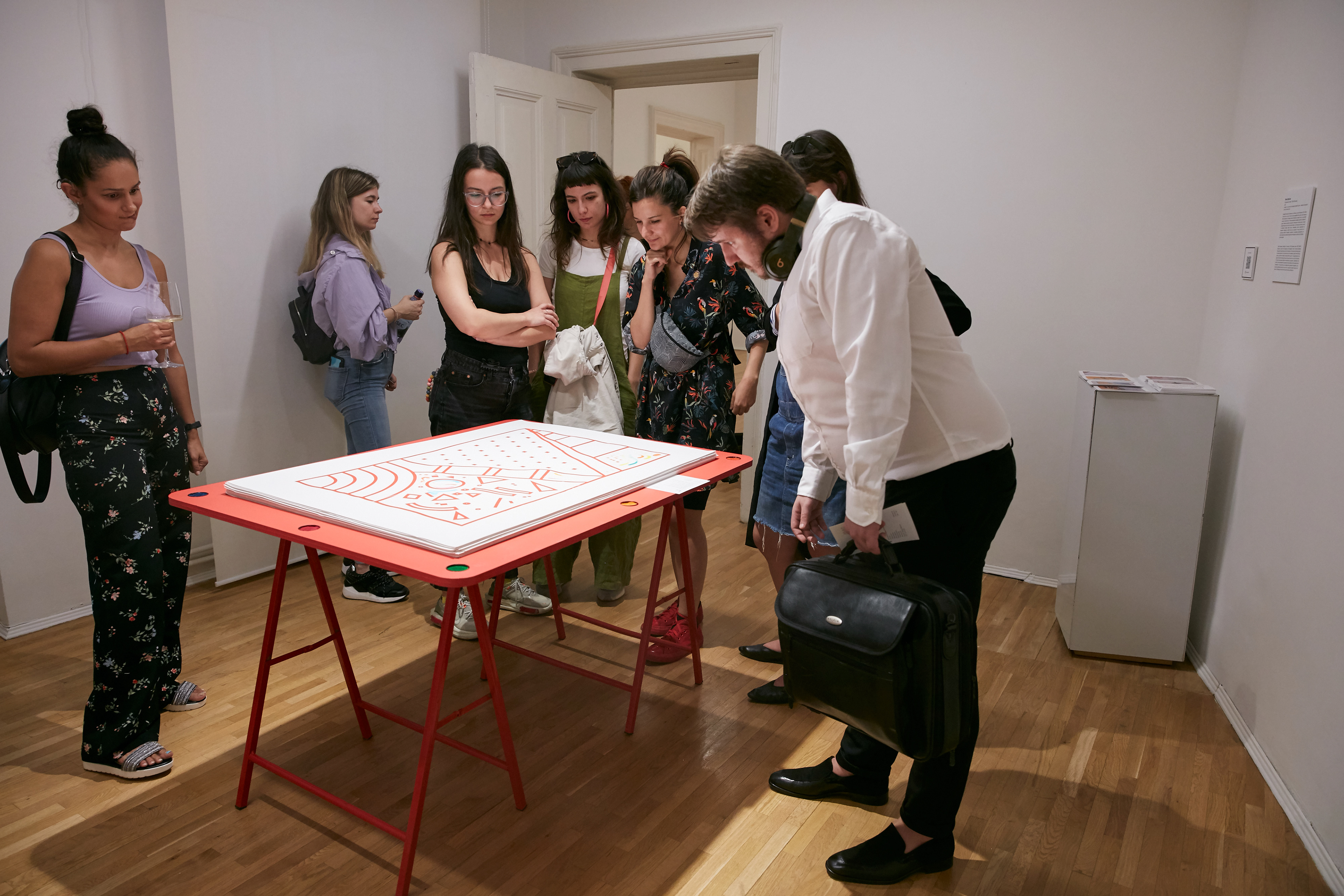 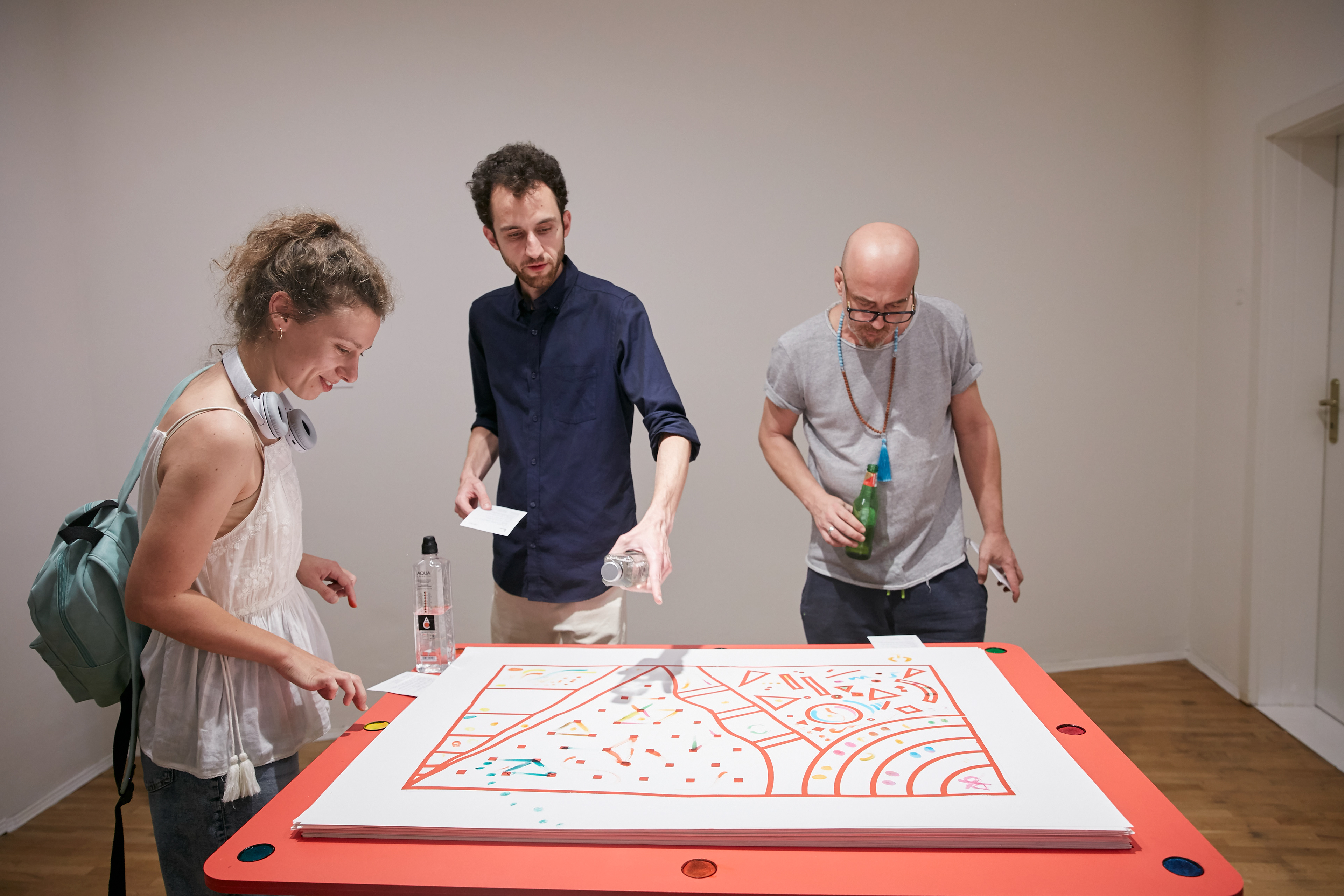